Legal Mistakes Entrepreneurs Make – Get it in Writing!

Legal Mistakes Entrepreneurs Make – Get it in Writing!

The above quote is the opening paragraph in Justice Mackenzie’s 2002 Ontario Superior Court of Justice decision in JMT Phillips (1986) Inc., v. Medieval Glass Industries Ltd. 2002 CanLII 20782 (ON SC) (link – http://canlii.org/en/on/onsc/doc/2002/2002canlii20782/2002canlii20782.html).  It clearly illustrates a common mistake entrepreneurs, particularly new entrepreneurs, often make; in the words of Justice MacKenzie, they “fail to set out clearly the incidents of that relationship”. 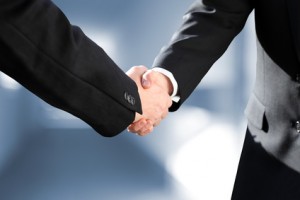 This means that they didn’t spell out all expectations clearly, and most likely didn’t get it in writing.

Entrepreneurs and businesses typically operate under some form of a contractual arrangement, whether or not they realize it.  Not all contracts are in writing.  A contract is simply an agreement between two or more people or entities (a corporation is an entity, see corporations article here) that sets out what each will give and receive from the other(s).

When people and businesses find themselves in a dispute over a simple contract, it is often because they didn’t clearly understand their expectations and obligations, or they had a disagreement about their expectations and obligations.  For example, if you own a sales and marketing consulting business and a business hires you to provide sales and marketing consulting, did you make it clear that you will be paid for the time and information you will provide, or are they expecting to pay only if their sales increase by using the information you give them?

In contract law there are certain elements which must be present in order for a contract to even exist in the eyes of the law.  These elements are required for any contractual agreement to be legally binding and enforceable.

One such element is known as certainty. The agreed terms in any contractual relationship must be understood with some degree of certainty in order for a contract to exist and for it be upheld if brought before a court.  This is quite practical in the sense that, you must know and understand what it is that you are agreeing to in order to agree to it.  You cannot be “tricked” into a contract by hiding or disguising the terms in vague language.  If there are more than one possible way to read a particular term in a contract, then it lacks certainty.

An example of where a court applied and explained this contract law principle is in the case, Picavet v. Clute, 2012 ONSC 2221 (CanLII) (link: http://canlii.ca/t/fr164).  In this case, the plaintiff was asking the court to enforce a ‘verbal’ agreement he had with family members regarding a land dispute.  The only issue the court looked at was whether or not there was a valid and enforceable agreement between the parties.

In determining this question, the court noted at paragraph 10 that it is well established in law that where there has been no agreement, there is no enforceable contract, and there can be no agreement without the requisite certainty and clarity on what is being agreed to.

Attempting to determine what certainty and clarity means may not be easily achieved without a detailed analysis of what the parties are in fact exchanging.  Certainty has often proven itself to be an elusive measure to entrepreneurs and businesses, as demonstrated by the roster of court cases in which “certainty” became the subject matter of what the parties were arguing over.

The legal test for certainty was explained at paragraph 12 of the Picavet case, above, where Justice Healey, of the Ontario Superior Court of Justice summed up its meaning by citing a passage from a well-known textbook, The Law of Contract in Canada, 5th ed. (Toronto: Carswell, 2006) by legal author G.H.L. Fridman.  Fridman explained at pp. 21-22 that where  terms are missing from a contract, or where the contract terms have not been finally agreed on by the parties, or where it is not fully clear what the parties agreed to, the courts will NOT complete their work or negotiations for them by creating a valid contract between them.  To summarize, if it is not clear, the terms of what you thought you agreed to are not enforceable.

Because the only time that certainty matters in a contract is when the parties are in dispute or disagreement over the terms of the contract, it is recommended that entrepreneurs and businesses set out their contractual agreements clearly, in writing, and where possible, with the assistance of a lawyer.  Lawyers are trained to prepare contracts in a way that sets out the contractually agreed terms in a clear manner which will hopefully result in the parties understanding their expectations and obligations to one another.  If everyone clearly understands what they are agreeing to, it makes sense that they will not argue over honouring their part of the agreement, in an ideal world at least.  Where they do choose to ignore their obligations, a court proceeding can more easily be engaged to enforce the clearly agreed to terms.

If a contract is prepared properly, it can avoid a lot of unnecessary headache, expense and frustration if the time comes to enforce your contractual rights.

If you would like to discuss contracts, or any other business law issues with Garnet Brooks, he can be reached at via email or telephone.  This article was intended to be a brief and general discussion, and is NOT intended to be legal advice.  As each situation varies, and it is recommended that entrepreneurs seek the advice of a lawyer.