What is a “Shotgun” clause, and how does it work?

It’s quite common, unfortunately, for new small business entrepreneurs to make the decision not to get a shareholders agreement when starting out.  Common reasons given include that they want to make sure things go well, and make some money before investing in a shareholders’ agreement, they are in business with friends or family 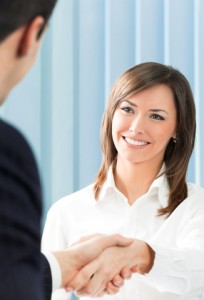 that they trust, it can be done later, etc…  These are poor reasons that could lead to a very big mistake!

This is dangerous because many, if not most, entrepreneurs, will start out by investing their time and money.  Some may quit their job, take loans from banks, borrow from friends and family and do whatever they need to raise the funds to get their venture started. In other words they take on massive amounts of RISK.

What is a Shareholders’ Agreement?

One of the key components to managing risk at the outset (when more than one shareholder is involved in an incorporated business) is a shareholders’ agreement.  Of course not every start-up entrepreneur will need a one, especially during their first few years of business.  As an entrepreneur who launched a start-up, I know that there is never enough money, and legal documents are the last thing on the minds of entrepreneurs when there are advertisers coming at you left and right trying to sell you that key exposure you need for your business to take off.  Moreover, if the business fails what good will a shareholders agreement be anyway?  I couldn’t agree more, a shareholders’ agreement is useless to a broke or failing business, where there is nothing worth fighting.

However, I am willing to bet that in planning your business, succeeding was a major part of your plan, right?  Of course it was, entrepreneurs don’t plan to fail.  Entrepreneurs also don’t plan to get into disputes with their business partners, but disagreements happen, and rest assured, when there is something worth fighting over, small disagreements can blow up into huge, and expensive shareholder disputes which can cause the total loss and destruction of what was on its way to becoming a successful business.  You can rest assured, that if you suddenly find yourself in need of a shareholders’ agreement, it’s already too late because fat chance you will start agreeing to things now.

Ok, I am convinced: What can a shareholders’ agreement do for me?

Shareholders’ agreements perform many functions which are all related to setting out the terms and understanding of exactly what each is to expect from the other, how disputes will be resolved, how profit or loss will be shared (or not), and how to say good-bye.

The following clauses are examples which involve the mandatory exit of one or more shareholders.  These clauses are important because they serve as mechanisms which allow the business to survive by forcing the parties to go their separate ways when things just aren’t working out anymore.

Shotgun:  A “Shotgun Clause” enables shareholders to get out when all else has failed, they can’t reach an agreement and must go their separate ways.  At this point going their separate ways is probably best thing for them and the business anyhow because in all likelihood, if a shotgun clause is triggered, they are beyond the point of being reasonable.

When a shotgun clause is triggered, one shareholder will make an offer to the other shareholder to purchase or sell all of his or her shares.  The offer will state the terms of what he or she is willing to pay for the other’s shares.  The other shareholder can either agree to sell all of the shares on those terms, or may choose instead to purchase all of the shares of the first shareholder for the same price per share.  This is the classic example of where one child cuts the cake, but the other gets first choice of which piece to take.  Either way, at the end of the day one shareholder is leaving and one is staying.  Shotgun clauses can be drafted to account for multiple shareholders as well.

Critics of shotgun clauses point out that  where one party has more money available and the other is cash strapped, the clause can be manipulated by the party with more money because he or she knows that in making an offer, the other shareholder only has one option to sell, and therefore could be forced to accept a lowball offer without the funds to purchase even at a low price.  Couple this with a business in need of cash flow, or loans owing to the offering shareholder which could be called, and you have a situation where there really are no other options.

Put/Call Option:  A Put/Call Option is a variation of a compulsory Buy/Sell clause that is sometimes used instead of a shotgun clause.  Simply put, a shareholder can require the other shareholder to sell his or her shares to him or her, the “Call”, or to purchase his or her shares, the “Put”.  The Call price can also involve a premium on the value of the shares, and the Put price a discount.  For example, the Call option could specify that the shares must be sold to the offeror for their fair market value, plus an additional 10%, and a Put option would require the other shareholder to purchase for fair market value minus 10%.  In theory, the premium or discount should help to keep things fair, or on a more even playing field, but as with anything, manipulation is possible, especially in situations of financial disparity.

There are many other features in shareholders agreements which have the effect of enabling  shareholders to overcome indecision and disagreement in specific situations.  Some examples include the following:

Piggy Back:  As fun as it sounds, a Piggy Back clause is designed to avoid one shareholder being stranded in a company with a new partner which he or she may not desire.  For example, if a third party makes an offer to purchase the shares of a majority / controlling shareholder, the other shareholder can require that third party to also purchase his or her shares on the same terms by invoking its Piggy Back rights.

Power of Attorney (“POA”) clauses:  POA clauses enable a shareholder to close any compulsory Buy/Sell transaction to which the POA applies, on behalf of the other shareholder (should it be necessary).  That way, even an unwilling shareholder must comply with what they already agreed to at the beginning of the relationship.

Some of this may seem harsh, but the fact is if people could be reasonable with one another, there would not likely be much need for such clauses, unfortunately, that is not the case.

The moral of the story is, like insurance, get a shareholders’ agreement in place before you need it. With so much at stake, and having risked so much, it only makes sense that every entrepreneur shareholder would budget for and have one completed as soon as more than one shareholder is in the picture.  It will save you money, stress, frustration, time, and quite possibly your business.

This article was intended to be a general overview of basic legal concepts, NOT legal advice.  As each situation varies, it is recommended that entrepreneurs seek the advice of a qualified lawyer if needed.