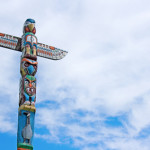 While the Supreme Court’s decision directly benefited the Tsilhqot’in Nation, its message has an unquestionably profound impact on Aboriginal groups across Canada.    First and foremost, the Supreme Court’s decision necessarily clarifies the requirements for proving Aboriginal title under Canadian law, particularly for semi-nomadic tribes like the Tsilhqot’in who experienced historical patterns of seasonal migration.    The test for Aboriginal title for semi-nomadic indigenous groups was hotly contested in the Tsilhqot’in case at the trial and appeal levels, with the B.C. Court of Appeal insisting that Aboriginal title can only be granted to tribes who are able to show intense occupation of a definite tract of land, likely through the creation of fixed settlements.    For traveling tribes this test was an obstacle to title, as by definition they lack the “fixed address” necessary under this understanding of land rights.

In its decision, the Supreme Court soundly rejected the idea that Aboriginal title is based on intensive occupation,  instead stressing that Aboriginal title flows from regular and exclusive occupation of land.    As evidence of regular use, semi-nomadic tribes like the Tsilhqot’in can show the land was habitually used for hunting, fishing or otherwise exploiting resources.   Proof of fixed settlements is not required.   To demonstrate exclusive use, an Aboriginal group must show it historically acted in a way that told third parties the land was theirs, like proof it excluded others from the land or required permission for entry.

For semi-nomadic tribes like the Tsilhqot’in, the Supreme Court’s ruling has made Aboriginal title easier to obtain.    Gone are the days, it appears, that nothing short of proof of settlement would do, in favour of a more broad – and perhaps more fair – definition of occupation.    The impact of this decision is sure to resonate among Aboriginal groups in British Columbia, where over a hundred of land claims are currently unresolved.    Similarly, the Tsilhqot’in decision’s impact will likely further stretch to Nova Scotia, where nomadic tribes were common and land treaties resolving claims between indigenous groups and Europeans are rare.

Loosening the restrictions on land claims, the Tsilhqot’in decision simultaneously strengthens what is known as the “duty to consult.”    This duty requires the Canadian government consult with Aboriginal groups in cases where it contemplates actions that may adversely affect asserted or established Aboriginal or treaty rights.   The level of consultation and accommodation necessary depends on the strength of the Aboriginal group’s claim to the land and the seriousness of the potentially adverse effect upon the interest claimed.    However, if the Aboriginal group gets title to the land, then it holds it the exclusive right to decide how the land is used and the right to benefit from those uses, subject to the restriction that the uses must be consistent with the group nature of the interest and the enjoyment of the land for future generations.

As semi-nomadic groups are now in a better position to gain Aboriginal title to land, they will seemingly be in a better position to demand from the government an increased level of consultation and accommodation in the undertaking of controversial economic development projects like mining, oil and gas, fracking, mineral rights, and environmental harvesting.   In terms of relations between Aboriginal groups and the Canadian government, it means neither the province nor the federal government can ignore Aboriginal voices of protest that stand in the way of economic development on lands which could potentially be Aboriginal land.   This could have a significant impact on projects like Enbridge’s $7-billion dollar Northern Gateway pipeline proposal which crosses no less than four territorial claims.  In cases such as these, Aboriginal opposition may prove fatal.