Use this Forgotten “Cold War Strategy” in Your Business Today! 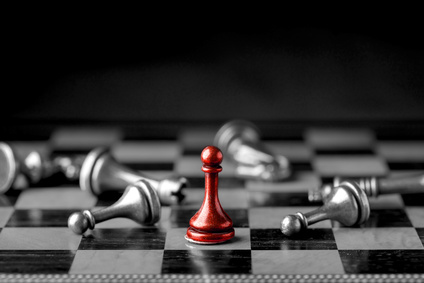 Marketing Fails – We’ve all seen them on TV, blogs and in the news and we’ve chuckled at how ridiculous it seems for some for some of the world’s largest corporations to make such errors. Though we know fumble-ups such as these, “worst marketing fails of 2015” shown here, aren’t exclusive to large companies, their big budgets ensure that we all are made well aware of them, and can have therefore this opportunity to learn from them.

Not every new innovation will be a complete disaster like the ones in the link above, often the launch will be mediocre at best and eventually runs its course and die out with nothing more than minimal results and a forgotten insignificant life.  Disappointing really!

Could your business benefit from a War-Proven strategy designed to give your marketing ideas, new products, services, strategies and the campaigns a greater chance of being “remarkable” (as Seth Godin would say…)?

The following is a guest post from Stefan de Carufel Ferron, a private education industry professional, and long time college administrator, leader and life-long learner. His article reviews how “Red Teaming” can be used to achieve efficient, market-safe and Remarkable launches of marketing campaigns and innovations. Enjoy!

Do you work in an organization where new ideas are always suggested, and followed through on, without proper vetting? Today’s fast-paced business culture rewards new and “innovative” ideas. Being the first at the gate, being the first to get a new idea, service or product to market. To be able to claim a “first” in the industry is the new gold standard.

You see, in the drive to put stuff “out there,” we often forgo the due diligence needed to give a product the best chance of success. We hastily divert resources, people, time, effort, etc. into the development and launch of an idea in the quickest time possible. This is all well and good, but what if the product or service flounders, or worse, flops? All that time, energy and human resource wasted.

Continue to come up with great product and service ideas. Brainstorm, meditate, contemplate, whatever you were doing to bring new ideas to light. Create short, detailed proposals and share them. Get all the ideas out.

However, rather than acting on whim, fancy or personal preference (which is a catastrophic way to run a business), try red teaming the ideas.

What is red teaming?

Well, according to the Financial Times lexicon:

A red team is an inside group that explicitly challenges a company’s strategy, products, and preconceived notions.  It frames a problem from the perspective of an adversary or sceptic, to find gaps in plans, and to avoid blunders.  Red teams are one way to manage the biggest corporate risk of all: thoughtlessness.

…the cold war practice of using US officers taking a Soviet, ie “red” perspective. (Moscow did the same thing and called it a “blue team.”)  US officers would “think red”, to attempt to defeat US plans and systems, rather than mirror image US thinking onto the Soviets.  For example, the US Navy used a red team to try to defeat its own submarine force using Soviet concepts and technology.

Now that the spectre of the Cold War has passed, the idea of a red team seems perfectly suited for vetting those new proposals.

The process doesn’t have to be fancy or prolonged, but it does have to be independent. Simply create a committee of people (with no ideas in the game), who’s role it is to brutally critique every idea. Take each proposal apart, sentence by sentence, challenging every notion and exposing every weakness.

A caveat: make the process anonymous. There’s no need to know who made which proposal. This isn’t a personal issue, it’s just about the idea. It’s about protecting the organization. This way, the ideas from senior management will be subjected to the exact same scrutiny as the ones from middle and lower management.

This is a key point – Red teaming removes ego from the decision making process. As Micah Zenko, author of Red Team: How to Succeed by Thinking Like the Enemy put it, “you can’t grade your own homework.”

Once all proposals are reviewed, only those meeting a strict, pre-selected standard of quality, are considered for further development. Regardless of who made them.

Red teaming doesn’t ensure success, nothing does. What it does do though is hold everyone accountable. It protects the organization from itself and from being drained of resources for ideas that hold little or no merit. Get all the egos out of the game and push forward.

Red Teaming, as de Carufel put it sounds great for organizations that have plenty of human resources available. However, could it work for an entrepreneur with only few staff, or perhaps who is merely a one person show?  I give this an astounding YES! – If you have read Napoleon Hill’s Think and Grow Rich, or any of the literally hundreds of Hill-inspired business success strategy books and blogs you would be familiar with the concept Hill described as the “Mastermind”, which is a group of trusted individuals that you associate with for mutual advice and assistance in decision making & problem solving. If you don’t yet have one, I strongly suggest you consider putting a mastermind group in place. The benefit to all members are immeasurable, and this can be the perfect setting when you don’t have an internal team sufficient in size, to “red-team”.