How a Shareholders Agreement can keep an Infant small business alive

Most Entrepreneurs have heard their lawyer and advisers discussing how shareholders agreements are useful for managing contingencies over the long term in situations where there is an incorporated business with more than one shareholder.  However, these important agreements can also serve a very important function in the critical short term for small, closely held businesses.   A carefully prepared shareholders agreement could be what keeps a business alive and moving forward, and able to weather a disagreement between shareholders / operators in the early start-up period. 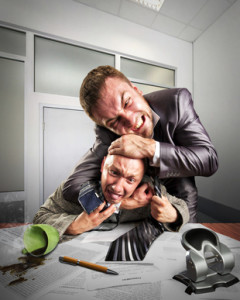 Small business plays a critical role in Canadian economy.  In Nova Scotia for example, there are over 30,000 businesses, of which more than 90% are classed as “small businesses”.

It is often the case that small businesses are born out of the industriousness of one individual (the “entrepreneur”).  In many cases, it is a sole entrepreneur who initiates the business planning, makes the efforts to raise start-up capital, and seeks out and organizes the resources for starting the business.

In many cases, these friends and/or family members and the entrepreneur have always had a great relationship, marked by mutual respect and trust for one another.  However, nothing of what they knew about each other previously could have adequately prepared them for the realities of being in business together.

It is well known that the first few years of a business are the most critical.  Business failure rates are high during this period, and therefore, the individual investments of time and money put into the venture are always at great risk.  The consequences of failure run high as a large part of one’s retirement savings could be lost, and guarantees pledging the homes and assets of the entrepreneur and his or her family could be enforced if the business fails.  Clearly, in the early years of a business, stress can reach critical levels.  As a result, the shareholders will see a side of their friend or family member which they never before knew existed, and experience feelings toward that person which they never thought possible when they were agreeing to go into business together initially.

Unfortunately, this will often result in differences of opinion on how the business should proceed.  Ideally, the shareholders will discuss their concerns and come to an agreement, but that is not always the case.  When deadlocks happen between the shareholders of a closely held business, it can paralyze operations, damage the company’s reputation, and lead to its quick demise, thereby threatening all stakeholders’ interests.

This can be achieved in a shareholders agreement by including clauses which address and define the roles of the shareholders in the company, how the company will be managed, how decisions will be made, how to resolve deadlocks, and how one may withdraw from a company, to name a few.

Lenders, as part of their diligence process, may also be prudent to ensure that their clients have a shareholders agreement and that it is drafted to address the appropriate items as discussed in this newsletter.  If the items that are intended to preserve the company’s ability to operate through a shareholders  conflict are not addressed, and the business becomes stalled, or fails, the chances of recovery of the full amount of any financing provided by a lender is also at risk.  Additionally, there will be legal costs associated with the attempted recovery of any financing provided.

Keeping in mind that every agreement should be drafted after consideration of the unique needs of the parties in their particular circumstances, some of the mechanisms that can be used in a shareholders agreement to overcome a deadlock may address the following:

Role in the Company/ Compensation:  It is important that a shareholders agreement for a small business involving friends and/or family sets out the role of each of the shareholders in the company, as well as how they will be compensated.  Shareholders are not required to be compensated for the work they do for the company.  However, this is something which is easily overlooked, and only brought up in the context of a dispute, where one shareholder may claim compensation he or she believed to be intended for the work put in to the company.  By setting out in the agreement what is expected of each, and for what, this issue will be easily dealt with if the shareholders come into dispute.

Decision Making:  To address this, small business shareholders agreements sometimes define the officers and managers specifically, as well as their powers and duties.  Daily operations management duties can be defined, as well as any voting and tie breaking privileges attached to a certain person or role, for example, to the founding member.

Withdrawal:  There are many considerations to be made when one or more shareholders of a closely held business decides it’s time to leave.  The shareholders agreement may address restrictions preventing a shareholder from selling his or her shares to anyone other than the remaining shareholders and set out in advance how the shareholders will part ways.  Provisions to address these matters could be contained in buy/sell clauses, shotgun, put – call options, drag / tag along clauses and there should also be an implementable valuation clause included.

Shareholders  loans:  The procedure and definition of how shareholders  loans will be treated should be addressed.  These provisions should address additional loans to the company, especially where one shareholder may have access to more capital.

It is important to note that a Shareholders Agreement cannot predict the future, nor will it address every possible circumstance.  The suggestions above are meant to highlight only some ways in which a small business shareholder disagreement will not cause a critical stall to a business in the start-up period.  Certainly, a shareholders agreement will address the above, as well as include many other necessary features.